Buy Valley of the Shadow today! 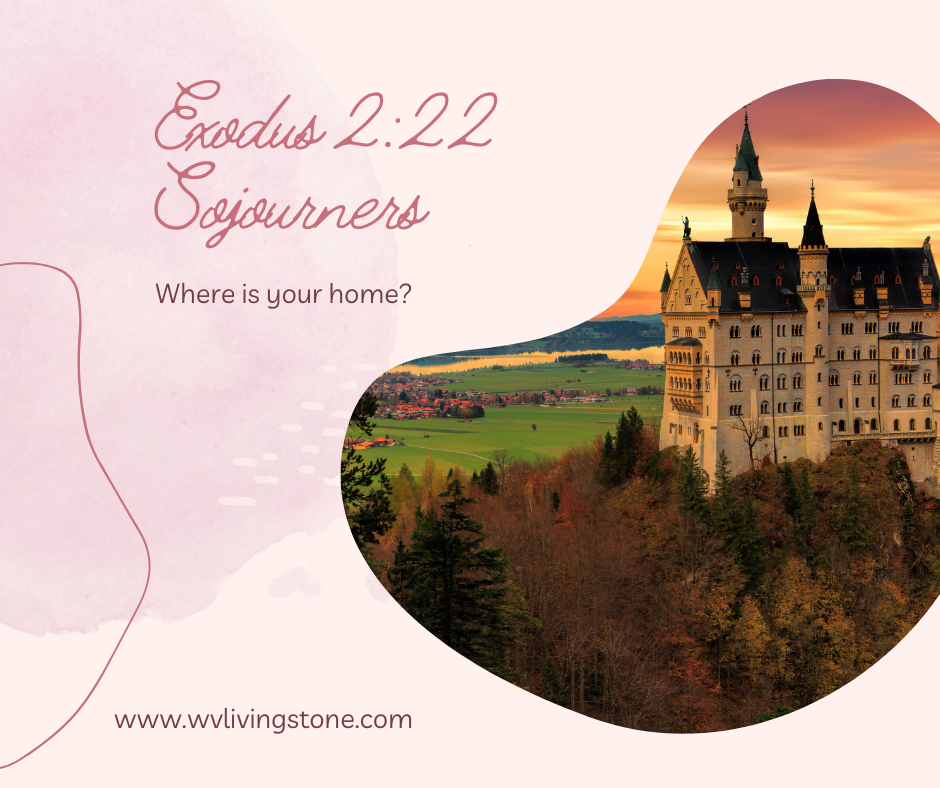 Today is the second day of February in 2022.  Just for a lark I decided to look up the second book of the Bible, the second chapter, the twenty-second verse, Exodus 2:22.  Here’s what it says:

She gave birth to a son, and he called his name Gershom, for he said, “I have been a sojourner in a foreign land.”

Moses has been displaced from his birthplace of Egypt, he is dwelling – hiding out – in Midian with the family of the local priest, Reuel (aka Jethro), and after marrying his eldest daughter Zipporah, they have a firstborn son.  And Moses names him: Gershom; a name that sounds like the Hebrew for: sojourner.

Sojourner.  It’s an old-fashioned word that we don’t hear very often, but it means a foreigner who has traveled to a new country and taken up permanent residence there, becoming part of the community.  Lots of people in the Bible sojourned in other places, Elimelech and Naomi, Elijah with the widow of Zarephath, and of course the exiles who lived for 70 years in Babylon under multiple regimes.  But the sojourning that God reminds the Israelites of over and over is their time in Egypt, when they were not only foreigners, but slaves.  After 430 years of displacement and oppression, God requires the Israelites to treat foreigners well, to welcome them, show them hospitality, to allow them to participate in worship and even become members of the community of faith, if they are willing to renounce other gods and worship only the LORD. They are transformed from sojourners to family, and they have a new home among the people of God.

This paradigm of transformative belonging comes into full fruition in the New Covenant, salvation through Jesus Christ.  Although the Israelites were given a homeland, a homeland to which they returned and rebuilt, multiple times, it is geographical, and temporary.  When we renounce all our idols and receive Christ as our Savior, we are given a new permanent home.  Mansions in Heaven as John 14:1-7 tells us.  Once saved, all our lives are spent building our treasure there (Matthew 6:10-21) and decorating that permanent home, built on the foundation of Christ, with silver, gold, or jewels (I Corinthians 3:11-15).  No longer strangers, no longer sojourners, our home is among the people of God forever.

Sojourners.  That’s what we are here on earth.  Salvation means our focus is on eternity, and we live in the atmosphere of eternity while we are on earth, not living for the things of this world, but investing in the life that is to come.  Like so many others before us, we are building for the future, a future that includes every person who names the name of Jesus Christ as LORD.  And in the meantime, we are welcoming strangers among us, so that strangers become sojourners, and sojourners become family.

"Come to Him, that Living Stone, rejected by men but in the sight of God chosen and precious, and be yourselves like living stones built into a spiritual house to be a holy priesthood, to offer spiritual sacrifices acceptable to God through Jesus Christ."